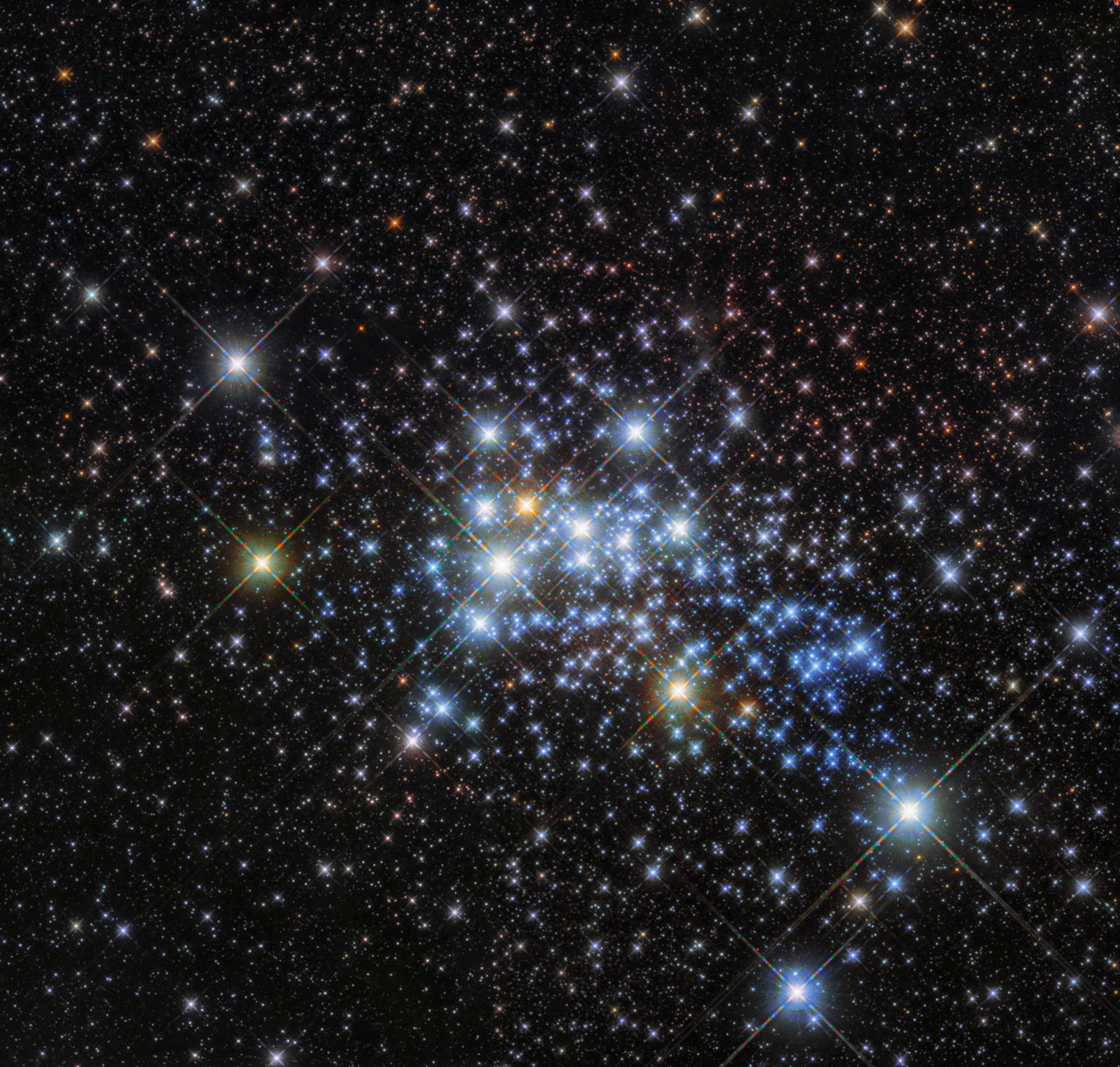 Light travels through space at just under 300 000 kilometres per second! This staggering speed is used to calculate astronomical distances; although often misinterpreted as a unit of time (due to its misleading name), a light-year is actually a unit of astronomical distance, and is defined as the distance that light travels in a year. For reference, this is around nine trillion kilometres… but it’s a little tricky to visualise! With this in mind, 15 000 light-years may sound like a truly huge distance, but compared to the vastness of the cosmos, it’s really quite nearby. In fact, an object sitting 15 000 light-years away would not even be outside our home galaxy, the Milky Way. This is roughly the distance between us and a young super star cluster known as Westerlund 1, home to one of the largest stars ever discovered. Stars are classified according to their spectral type, surface temperature, and luminosity. While studying and classifying the cluster’s constituent stars, astronomers discovered that Westerlund 1 is home to one of the largest stars ever discovered, originally named Westerlund 1-26. It is a red supergiant (although sometimes classified as a hypergiant) with a radius over 1500 times that of our Sun. If Westerlund 1-26 were placed where our Sun is in our Solar System, it would extend out beyond the orbit of Jupiter. Most of Westerlund 1’s stars are thought to have formed in the same burst of activity, meaning that they have similar ages and compositions. The cluster is relatively young in astronomical terms — at around three million years old it is a baby compared to our own Sun, which is some 4.6 billion years old.