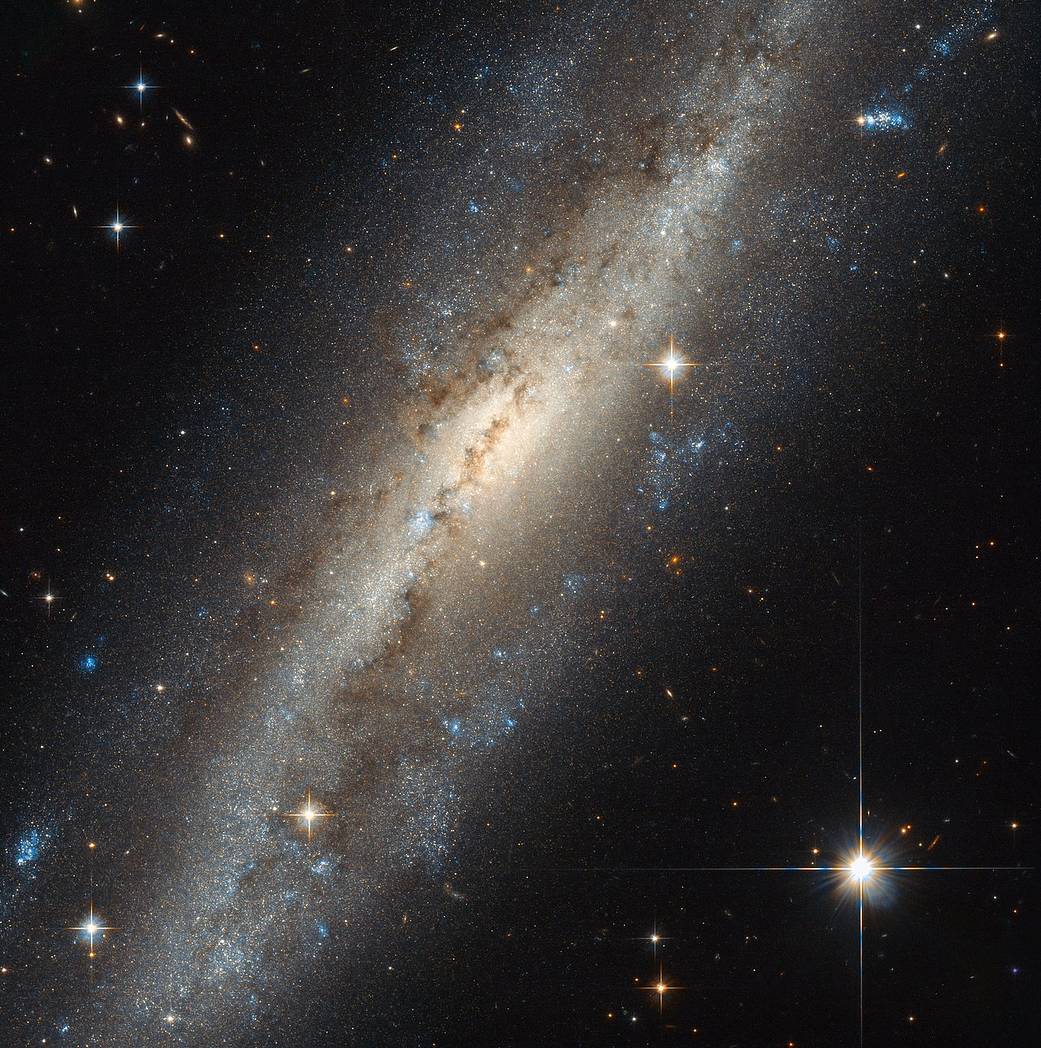 Not to be confused with our neighbouring Andromeda Galaxy, the Andromeda constellation is one of the 88 modern constellations. More importantly for this image, it is home to the pictured NGC 7640. Many different classifications are used to identify galaxies by shape and structure — NGC 7640 is a barred spiral type. These are recognisable by their spiral arms, which fan out not from a circular core, but from an elongated bar cutting through the galaxy’s centre. Our home galaxy, the Milky Way, is also a barred spiral galaxy. NGC 7640 might not look much like a spiral in this image, but this is due to the orientation of the galaxy with respect to Earth — or to Hubble, which acted as photographer in this case! We often do not see galaxies face on, which can make features such as spiral arms less obvious. There is evidence that NGC 7640 has experienced some kind of interaction in its past. Galaxies contain vast amounts of mass, and therefore affect one another via gravity. Sometimes these interactions can be mild, and sometimes hugely dramatic, with two or more colliding and merging into a new, bigger galaxy. Understanding the history of a galaxy, and what interactions it has experienced, helps astronomers to improve their understanding of how galaxies — and the stars within them — form.